After skipping 2020 (and wouldn’t we all like to do just that!), GAW held its annual holiday party on December 8th at the Brimstone Restaurant and Tavern in Alpharetta with 18 members attending. It wasn’t a pizza party as it has been in the past and there weren’t homemade deserts. I, for one, REALLY missed Bob Lough’s toffee bars this year!!!! Nonetheless, it was great to share an evening, good food, and maybe an adult beverage with other members we hadn’t seen in what seems to be a VERY long time.

The traditional “Brown Bag Gift Exchange” was held and pictures can be found below. Michael Gibson appears twice because he received two gifts in his bag. This was due to an unfortunate accident in Kim’s shop. After the mishap, what was to be an ornament became puzzle pieces. So, Michael got a pizza cutter with a turned handle instead.

If you were unable to attend, we had a great time, but we missed you.

Happy Holidays and best wishes for a joyous and prosperous new year to all of our members, near and far! 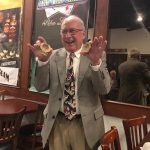 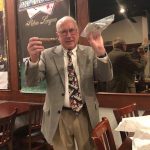 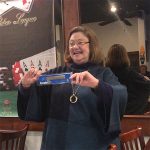 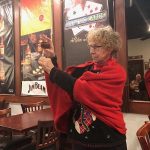 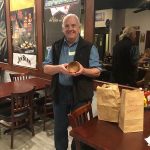 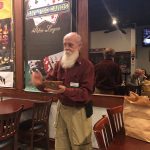 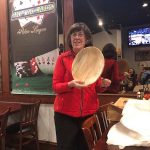 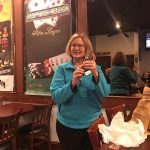 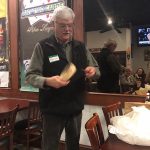 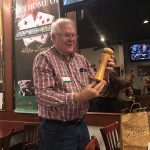 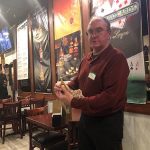